Here is an old album I picked up late last year from Revolver Records in Phoenix. It's Black Pearl's self titled album released in 1969 on Atlantic Records. 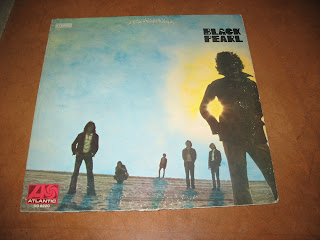 It's been described by some as Pysch Rock or Boogie Woogie Rock. To me, there isn't really much Psych in it. It's straight up fuzz guitar driven rock. The lead singer, B.B. Fieldings taps into his love of R&B and Soul and belts out each song as if it's the last one of the night and the whisky bottle is almost empty. Growls and screams and wails abound on this disk, all the while that fuzz guitar is wrapping around his voice like a jagged leather serpent. 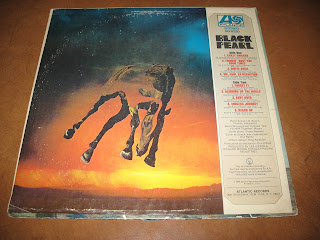 I bought this one cold, never having heard of them before. The first play I wasn't too sure about it, but it's kind of grown on me since. Plus I'm a sucker for that ratty-assed fuzz guitar sound that was prevalent in the 60's garage rock scene.